A newly formed partnership in the form of a start-up technology group serving the nonprofit and association markets is quietly making its name known by signing clients, sponsoring a conference and building integrations for other product vendors all in the course of one single month. Avectra Certified Partner, benel Solutions, is slated as a Silver Sponsor at the annual technology user’s conference in Orlando this coming week referred to as the Avectra/Abila Users and Developers Conference, or AUDC.

benel Solutions, just one month in business to date, is sponsoring and speaking in a session at the 10th annual AUDC down in Orlando Florida early next week. The founders of benel Solutions, Benjamin Muscolino and El Mehdi Marhoum, are thrilled to be sponsoring the conference that is put on as a User and Developer conference each year, especially because they have already been working to support and innovate with these same clients over the past several years. Ben and El Mehdi are both proud former Avectra employees having worked on opposite sides of the business, Ben worked with all of Avectra’s products from a sales and account management perspective including netFORUM Pro and netFORUM Enterprise, and El Mehdi’s experiences at Avectra run a few years longer than Ben’s 4 year tenure and was spent exclusively on the development, consulting, implementation and architecture side of the business in the professional services department. “It’s clear that Mehdi and I are passionate about working with associations and nonprofits, the way they work to fund-raise for causes or advocate for their members, that’s how we feel about our clients,” said Muscolino as he prepped for the upcoming conference in his home office. He went on to make a statement about the climate of the Avectra partner space in general, “we are one partner, the smallest right now for the time being, there is a lot of talent in the partner space and we can just hope to learn how to do good business by the examples set from the other more experienced entrepreneurs in the room.”

The founders of benel Solutions are also fortunate enough to be speaking alongside a seasoned executive from CQ RollCall at AUDC 2014 on Monday March 3rd. CQ RollCall provides essential intelligence and grassroots advocacy resources among other things, and are viewed by many as the premier partner in that space. The presentation is led by the CQRC Executive and complimented by Ben and Mehdi and the session will consist of discussing the ongoing changes in the information technology marketplace steered by social media, shifts in consumer behavior, big data and the difference between data and integrated usable data.

When questioned about the future plans for the company, the executive team at benel Solutions are consistent in their messaging that they are excited to grow the company but plan to do so within the United States right now, insisting that quality work and rapport with the clients in this space is what makes association people clock in every day, they believe so hard in what they’re doing and Benel has begun to mirror that example from their peers and customers.

benel Solutions is an IT solutions company focused on software strategy, consulting and development.

Based in the DC / Northern Virginia region, the company is a Partnership between 2 professional with a total of almost 20 years in the software business that strive to leverage all of today’s best practices and most up to date development methodologies while keeping the client’s best interest in mind always. 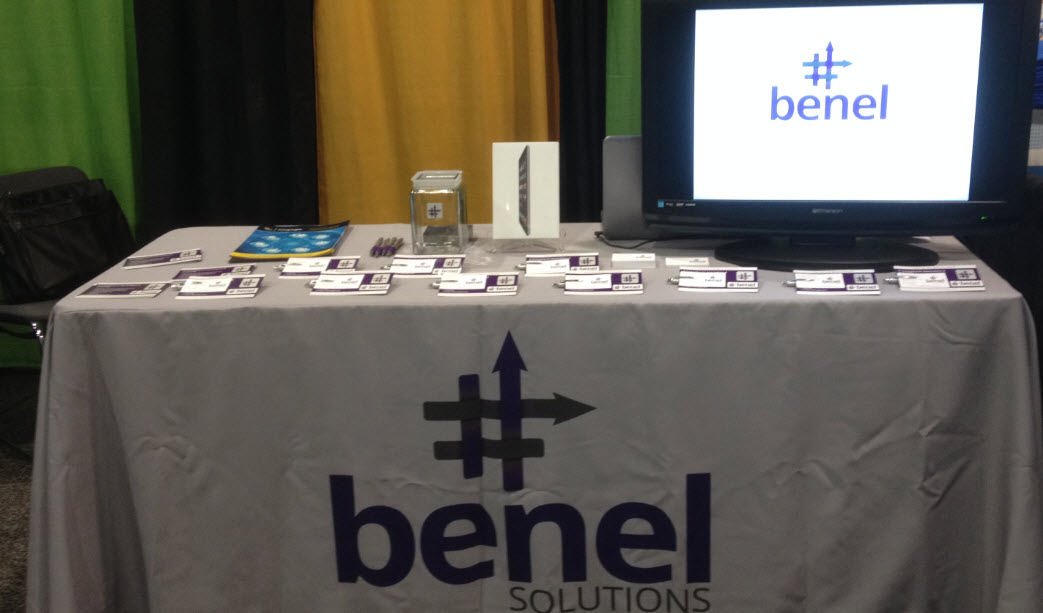 With combined decades of software and technology industry experience, benel Solutions is comprised of a team of passionate individuals motivated by innovation and collaboration. The mission of benel Solutions is to empower clients and partners to realize their vision through technology and exceed their business goals. benel Solutions has quickly emerged as a market leader and top IT consulting firm and systems integrator in verticals ranging from government to small businesses, with a specialty for associations and nonprofits.

Page load link
We use cookies on our website to give you the most relevant experience by remembering your preferences and repeat visits. By clicking “Accept”, you consent to the use of ALL the cookies.
Cookie settingsACCEPT
Manage consent

This website uses cookies to improve your experience while you navigate through the website. Out of these, the cookies that are categorized as necessary are stored on your browser as they are essential for the working of basic functionalities of the website. We also use third-party cookies that help us analyze and understand how you use this website. These cookies will be stored in your browser only with your consent. You also have the option to opt-out of these cookies. But opting out of some of these cookies may affect your browsing experience.
Necessary Always Enabled
Necessary cookies are absolutely essential for the website to function properly. These cookies ensure basic functionalities and security features of the website, anonymously.
Functional
Functional cookies help to perform certain functionalities like sharing the content of the website on social media platforms, collect feedbacks, and other third-party features.
Performance
Performance cookies are used to understand and analyze the key performance indexes of the website which helps in delivering a better user experience for the visitors.
Analytics
Analytical cookies are used to understand how visitors interact with the website. These cookies help provide information on metrics the number of visitors, bounce rate, traffic source, etc.
Advertisement
Advertisement cookies are used to provide visitors with relevant ads and marketing campaigns. These cookies track visitors across websites and collect information to provide customized ads.
Others
Other uncategorized cookies are those that are being analyzed and have not been classified into a category as yet.
SAVE & ACCEPT
Go to Top